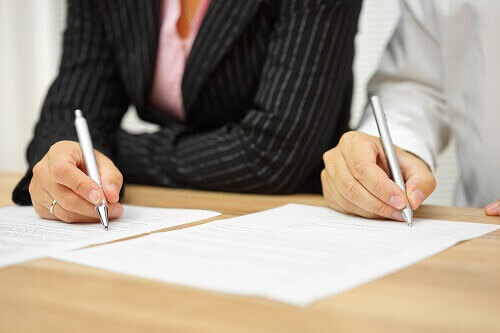 Although you do not get married with the intention of getting a divorce, marriages do end. Approximately half of first marriages and 60% of second marriages end in divorce. The lawyers at Lori Cieckiewicz, P.C. can help you prepare for the unexpected. Let a Jersey City pre and post-nuptial agreements lawyer from our firm help you craft an agreement that protects your interests.

Call (201) 561-8441 for more information about preparing the necessary documents.

A pre-nuptial agreement establishes provisions for property division, division of debts, and financial support from one party to another in the case of divorce. The two parties enter into this agreement prior to the marriage in order to prevent significant loss and allow both parties to have a clear understanding of how assets and debts will be divided should the marriage dissolve.

People choose to enter into a pre-nuptial agreement for several reasons, including:

What Makes a Prenuptial Agreement Valid?

In some situations the court must decide whether a pre-nup agreement is valid. Several factors are considered in determining that the agreement is enforceable. This includes questions regarding whether the parties had representation from an attorney, had time to consider the terms, fully understood the agreement, entered into the agreement voluntarily, and there was full disclosure of assets.

Ready to get started? Call (201) 561-8441 to schedule an appointment with our Jersey City prenup lawyer.